'Nutcracker' dancers prepare for two types of exams this winter 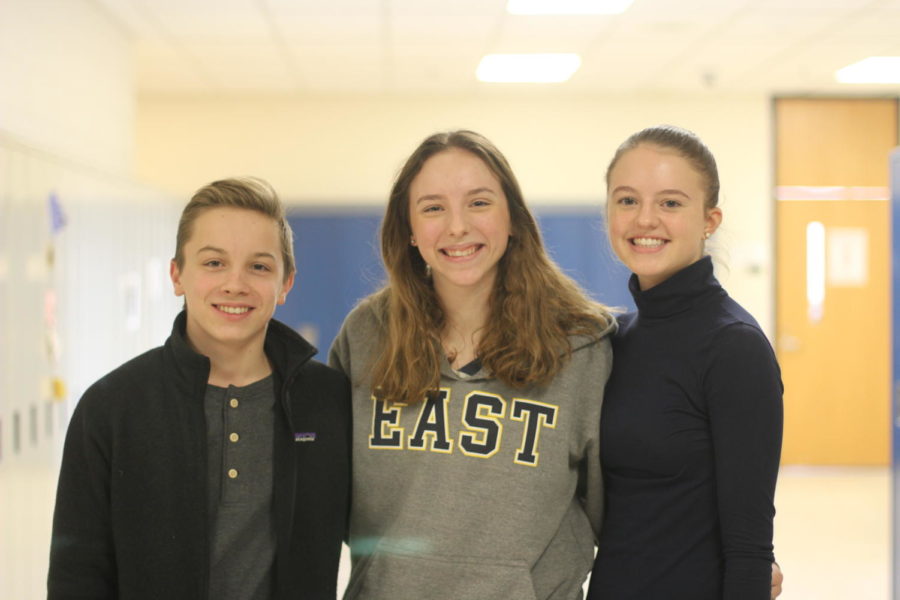 Cosmo Gamaggio '22, Ella Goulet '20, and Lily Pietryga '20 have over 20 years of Nutcracker experience between them.

While most students are preparing for exams in the few weeks leading up to holiday break, two students are balancing their time by both studying and practicing for Grand Rapids’s most anticipated ballet performance: “The Nutcracker.”

Ella Goulet ‘20 and Lily Pietryga ‘20 will be performing in this year’s show for the eighth time. Both Goulet and Pietryga have danced as Clara, the lead role in The Nutcracker, in their dancing careers at the Grand Rapids Ballet School – but it took many years of practice to reach that point.

“I started dancing when I was three at the Rec Department. Then when I was seven, I moved to the Grand Rapids Ballet School,” Goulet said.

“My favorite part about dancing is getting to share my hard work to the audiences during performances and hopefully inspire them,” Pietryga explained.

In a different perspective, Goulet describes her favorite part about dancing as the rehearsal process itself.

“Everyone says performing is the best – but the experience of working together to produce such a great product, and the excitement and anticipation, and being with your friends all the time is my favorite part,” Goulet said.

While there is plenty of fun in practicing for large performances such as The Nutcracker, it is undoubtedly a big commitment, and requires both time and patience to reach its level of perfection come performance season.

“When I am not performing, I am at ballet for up to five hours a day,” Goulet explains. “We have ballet every day of the week except Sunday when we are not performing. However, during “The Nutcracker” or other shows, we can be there from right after school until ten at night, every day.”

It is challenging to balance both ballet practice and schoolwork, but Goulet and Pietryga have found ways to make it work.

“I utilize my lunch hour and downtime between rehearsals to get work done,” Goulet said.

Likewise, Pietryga has learned how to make time for homework and studying, even during performance season.

“Nutcracker rehearsals and rehearsal for other productions have taught me time management,” Pietryga said. “I have to prioritize my time so I can get all my schoolwork finished, and I’ve learned ways of doing so over the years, such as working ahead.”

Cosmo Gamaggio ‘22 has also performed in “The Nutcracker” in past years, playing the role as Fitz.

“It takes up a lot of time. Now that I am in high school, I am not able to do “The Nutcracker” because there is a lot more work and exams,” Gamaggio said.

As “The Nutcracker” performances are the same weekend as exams this year, the dancers certainly have to put in extra work to balance studying and dancing.

“I have such a busy schedule,” Pietryga explained. “But it’s all worth it in the end.”