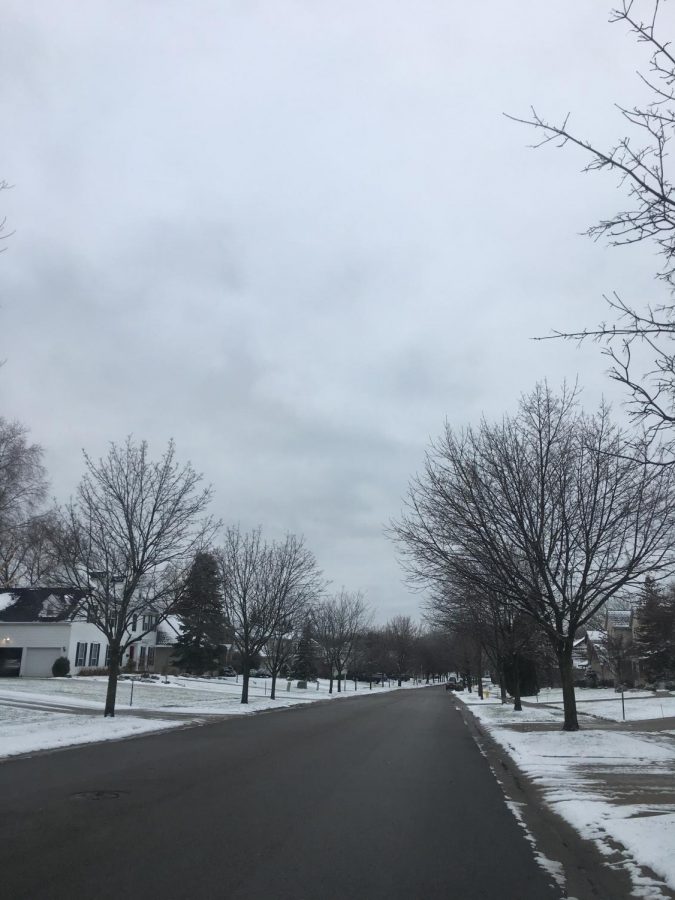 Earlier this month, high winds caused power outages for a considerable amount of people around East Grand Rapids. For many, this was a reminder of impending winter complications. After the eight snow days last year, some are hopeful of a break, and others are dreading the imminent Michigan winter weather inconveniences.

Sophie Herold ‘22 also appreciated the break but did not enjoy the added stress of making up work. “I loved the snow days last year, [but] I didn’t like how the teachers dumped all the homework on us after we came back from the days off.”

Despite the hopes of another polar vortex, long-range forecasters predict that another record-setting winter isn’t expected to make a debut. Last year’s record-breaking temperatures were due to waves of frigid air plunging into the Midwest, but this year, they will remain locked over the poles.

So what can we expect this winter? According to meteorologist Linda Lam, the earlier months will be milder, but surges of Arctic Air are expected during the season, though it’s hard to predict exactly when this will happen.

For now, power outages seem to be the leading weather inconvenience. Many experienced power outages over Thanksgiving break this year, including Juliette Nyguen ‘22. “My power has gone out three times. However, it doesn’t seem like this winter will be as bad. I blame climate change.”

Between power outages, high winds, and dropping temperatures, some winter complications are already present. Who knows what the future will hold.