Community gathers to mourn and celebrate teacher and coach 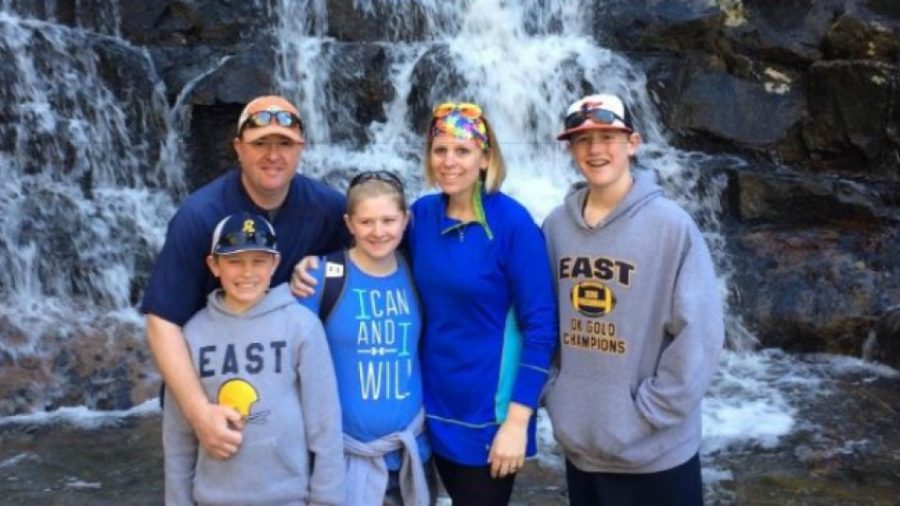 The Fouch Family on vacation. Matt Fouch left his legacy on the community through years of teaching and coaching

On Monday, Jan.13, the East Grand Rapids community gathered at Calvary Church to celebrate the life and legacy of Matt Fouch, who passed away following an 18-month battle with colon cancer.

Mr. Fouch was a beloved middle school math teacher and high school football coach for more than two decades. His strong Christian faith helped sustain him and his family throughout his illness and treatments.

“He won the game, receiving eternal life on December 28, 2019”, according to his wife and EGR special needs teacher. Jill Fouch.

Each of the participants in the service spoke of Mr. Fouch and the impact he made on both students and the community.  “In just 16,505 days, God used Matt Fouch to make a difference in all of our lives,” said Tom Glendening, a close friend of Mr. Fouch.

Many referred to his love for kids, both his three children and the students he taught and coached. “He loved kids and he absolutely loved his family,” said Peter Stuursma, former principal at the middle school who also coached with Mr. Fouch. Stuursma also spoke of his exceptional teaching ability, saying, “I would walk in… and observe the fun of math.”

Jill Fouch gave a moving tribute to her husband, saying, “Matt was protective, honest, hardworking, humble and passionate about being a great dad and husband.  These qualities spilled into the classroom, the field, and our community.”

Pastor Adam Anderson reminded the family that even though “we are mourning the loss of one of us. The real loss. The loss of a friend, a teacher, a coach, and a Dad … There is a real community here, loving and fighting for one another.”

The celebration of life was open to all East Grand Rapids families, with an estimated 1,600 people in attendance. Due to the large number of people expected at the service, the Grand Rapids Police Department sent an officer to help control traffic.

The school district made many accommodations so that teachers and students could attend. The EGR School Board moved its scheduled Monday Night meeting so that the members could attend. Lots of sports practices were made optional to accommodate students who wanted to attend. “I thought the service was amazing,” said Noah Moskal, ‘20, “The amount of people that he impacted is more than we can count.”

Miriam Stolle, ‘22  agreed, saying “It was clear that he was well-loved by the community by looking at how many people came.”

Many of the students that I talked to echoed what I realized after leaving Mr. Fouch’s class and moving on to harder classes here in high school; he was a pretty darn good teacher. “He taught us how to work hard for everything in his class,” said Billy Beusse, ‘21, “That’s helped me in high school.”

After the service, there was a tailgate party at the church with large screens playing the college football national championship game at a party complete with his family, his friends, football, and Faygo RedPop, per his special request.