“The Batman” Review: Should You See It?

Spider-Man No Way Home set the bar for comic book movies high only three months ago, and Matt Reeves’ highly anticipated “The Batman” was dealt the difficult task of following it up. The first real installment in the Batman franchise since the conclusion of Christopher Nolan’s Dark Knight Trilogy in 2012 (sorry Ben Affleck), “The Batman” offers a grounded take on the character in a Gotham that looks like it is beyond saving. While the movie has been released to critical acclaim, 86% on Rotten Tomatoes, is it all that it is cracked up to be?

I had high hopes for this movie, as early reviews had it drawing comparisons to one of my all-time favorite movies, the Dark Knight. Although I did not think that it was a bad movie, it did not live up to the hype. My main gripe with this movie was the length. It felt as though it dragged on for the last hour of the movie, and in my opinion there were many unnecessary scenes. When it felt like the film had come to its natural conclusion, there were still 30 minutes left in the movie. I understand that it takes a while to develop a good story, but I felt as though the process could have been expedited.

My second gripe with “The Batman” was that it was a bit too dark for my taste. The first Batman movie that I ever watched was Batman 1966, and I do prefer some campiness with my Batman, as that’s how he was originally portrayed in the comics. I think that the Dark Knight treaded the fine line between too dark and just dark enough, balancing it out with some funnier scenes. This movie however, went a little too far for me. There are some pretty gruesome scenes, and I didn’t feel like the movie did a good enough job of balancing it out. This leads me into another critique of the movie, there was not enough Bruce Wayne. In the Dark Knight, those scenes that offer the audience a breather from all of the action are often when Bruce Wayne is on screen, not Batman. “The Batman”, however, is three straight hours of the caped crusader beating up crooks or hunting down the murderer. While that may be ideal for some, I think that the heart of Batman’s story is him balancing life between Bruce Wayne and the masked vigilante.

With that being said, story aside, the individual performances from the actors were very good. Colin Farrell’s Penguin was unlike any other on-screen interpretation of the villain, and he was one of the few characters who offered some of the tongue and cheek lines that I have come to love in Batman movies. While we did not get to see much of his Bruce Wayne, Robert Pattinson’s Batman was very good, and perfectly encapsulates the detective noir tone that the movie is obviously going for. There was not enough screen time for Alfred, but the performance that Andy Serkis did have was solid, although it is hard to live up to Michael Caine, who is quite literally a real life Alfred. Paul Dano’s Riddler was your typical, psychopathic villain, but he never stole any scene that he was in.

“The Batman” had a ton of hype, and while it did not quite live up to it for me, it was still a solid film. I think that it did a good job laying the groundwork for a potential trilogy, and I am excited to see what direction they are going to take the franchise moving forward. 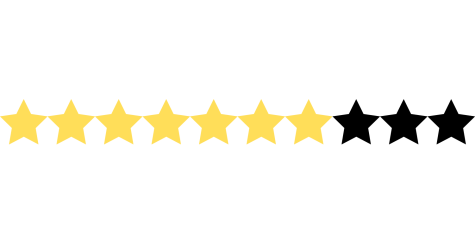 Overall, I would give this movie a solid seven out of ten.

This story was originally published in the March 31 edition of The East Vision.