Football team looks to secure their first win of the season 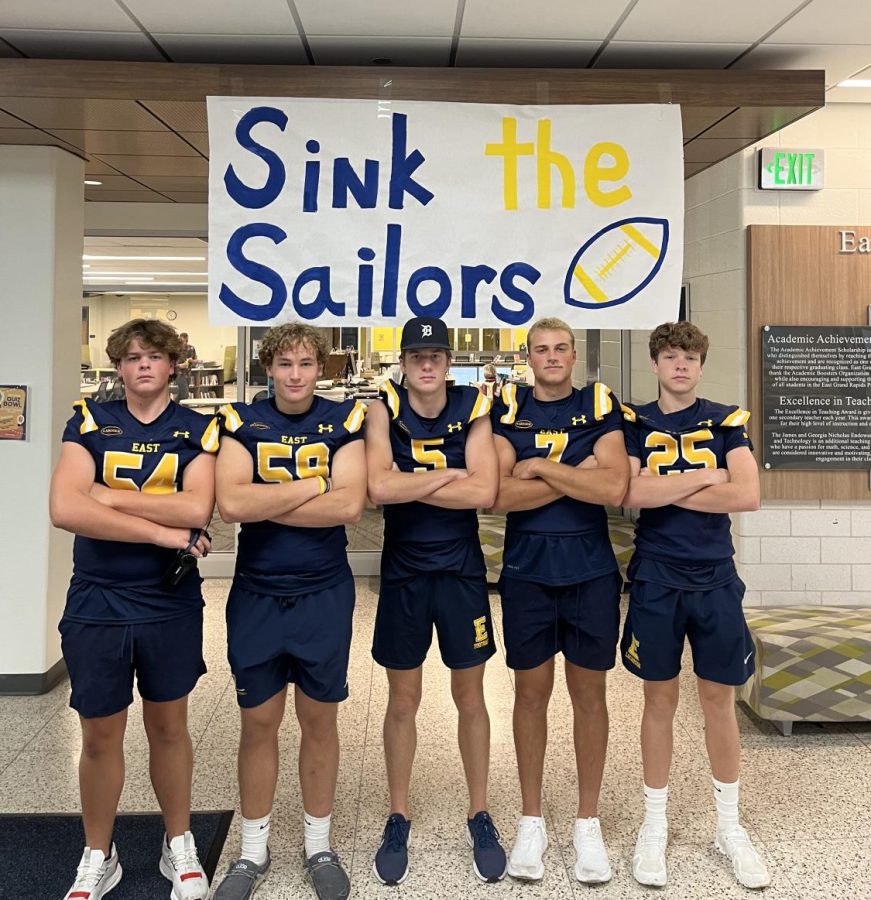 Tame the cats; the boys moto to win their game against Northview this Friday evening. The team is determined to strike back this week as they take on their second home game of the season. Having two tough games behind them, the pioneers are ready to start in Conference play.

“We’re putting our last two games behind us and have been working hard to do everything we can to win the game Friday,” Captain Nick Collins ‘23 said.

The coaching staff has been conducting drills that pinpoint specific game-like situations the players may find themselves in throughout the games.

“We’ve changed up our defense a bit, hopefully, to make life a little easier on the secondary,” Captain Liam O’Malley ‘23 said.

Not only is the team excited to play another home game Friday night, but they are also taking the field along with a new coaching staff. The 2022-2023 season is Coach Shattuck’s first year coaching the pioneers as well as his first year teaching World History at the high school. Coach Shattuck has brought an abundance of new components to the football program and choices to focus on the things the players have done well.

“We took a lot of the things we did well last week and built on those and then really looked at the things we struggled with both on the field and operationally throughout the week,” Head Coach Shattuck said.

Another component that contributes to the high energy levels at the game is the student section. The student council has chosen a theme for each game to raise school spirit, and Friday is Festival. Going out to these games is a great way to support your classmates and make lasting memories for the school.

“In the student section we encourage the boys to keep going and put their best effort forth for victory,” Simon Neuhaus ‘23 said.